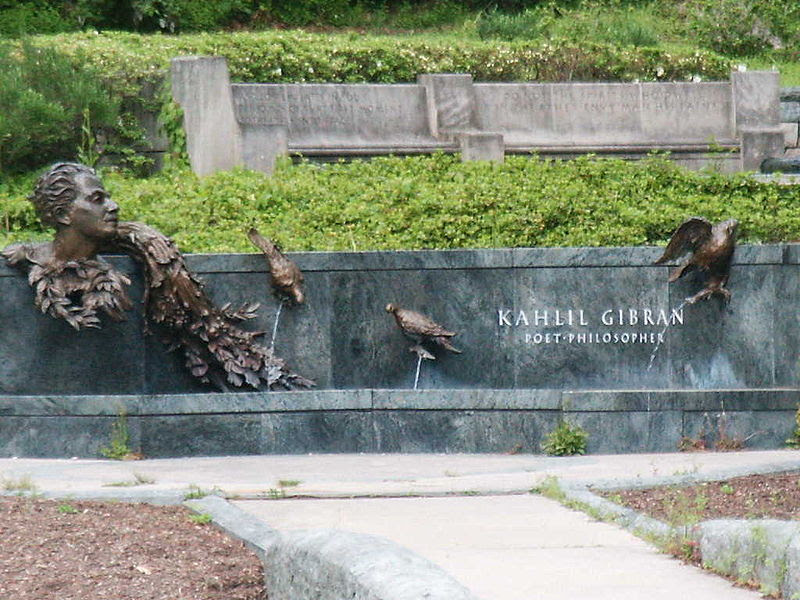 At a time when armed conflict and strong socio-economic tensions cover much of the Middle East holdings of the old Ottoman Empire (Iraq, Syria, Lebanon, Turkey) , it is helpful to recall the birth anniversary of a native son of the area and a positive voice for humanity. Kahlill Gibran, born 6 January1883, is one of the most quoted prose poets, especially his 1923 work The Prophet. In The Prophet, we are told that Almustafa, a holy man, has been living in exile, in a city called Orphalese for twelve years. A ship is coming to take him home to the island of his birth. People gather and ask him for his final words of wisdom — on love, on work, on joy, on children. The book has become bedside reading for all those who consider themselves “spiritual but not religious”. 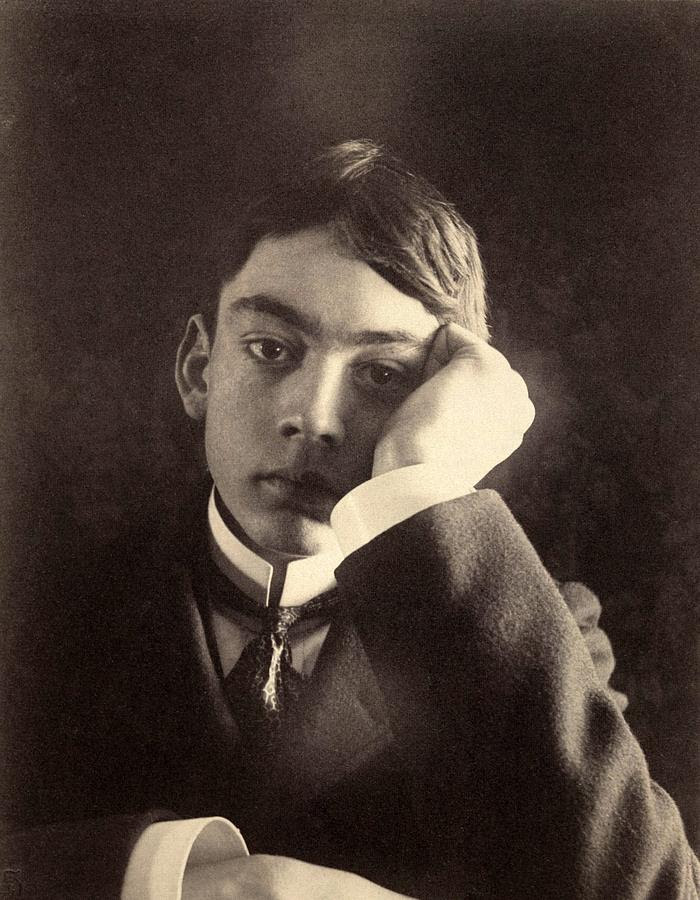 But there is also an earlier Gibran writing in Arabic, a critic of the political and religious conditions of his day — a set of four short stories bound together as Spirits Rebellious. (1) Soon after the publication of the original Arabic version ofSpirits Rebellious in 1908, considerable agitation developed. The book was publicly burned in the Beirut market place by Maronite Church and Ottoman State officials who judged it fiercely dangerous to the peace of the country. Gibran’s bitter denunciation of both religious and political injustice brought his anticipated exile from the country. As he was already living in Paris to study art at the time, it meant not returning to Lebanon rather than having to leave. However, he was also excommunicated from the Church, which can be considered serious in a country where much civil identity and justice was based on religious membership — not to mention the popular idea that God did not allow excommunicated souls into his Heaven.

It was the short story “Khalil the Heretic” that set off the religious and political authorities. It is not easy when reading the story today, to see why the authorities got upset, but all book burning needs to be seen in the context of the day. Even today, writings or poems which would pass unnoticed in one country can provoke jail in another. So “Khalil the Heretic” is worth reading today, both as an example of the early Arabic writing of Gibran and of what attacks on church and state at the same time may cost. It is better to attack one at a time, not both together.

“Khalil the Heretic” has some of the same structure as the later and better–known The Prophet: a person asks questions of the key figure who replies. In The Prophet, the answers are those of a mature man who reflects on his life experience in a calm voice. In “Khalil the Heretic”, the heretic figure Khalil is first asked by a young women, Rachel, why he has left the monastery where he was working, and later is questioned by a Sheik in a hostile confrontation. The spirit of the exchanges is more heated and bitter than in The Prophet but follow the same pattern:

Rachel “How ventured you, brother, to leave the convent on such a terrible night, when even the beasts do not venture forth?”

Khalil “The animals have their caves, and the birds of the sky their nests, but the son of man has no place to rest his head”.

Rachel retorted “This is what Jesus said about himself.”

And the young man resumed “This is the answer for every man who wants to follow the Spirit and the Truth in this age of falsehood, hypocrisy and corruption.”

Rachel “Is there any light, other than the sun, that shines over all the people? Are human beings capable of understanding the Truth?”

Khalil returned, “The true light is that which emanates from within man, and reveals the secrets of the heart to the soul, making it happy and contented with life. Truth is like stars; it does not appear except behind obscurity of the night. Truth is like all beautiful things in the world; it does not disclose its desirability except to those who first feel the influence of falsehood. Truth is a deep kindness that teaches us to be content in our everyday life and share with the people the same happiness…Vain are the beliefs and teachings that make man miserable, and false is the goodness that leads him into sorrow and despair, for it is man’s purpose to be happy on this earth and lead the way to felicity and preach its gospel wherever he goes. He who does not see the kingdom of heaven in this life will never see it in the coming life. We came not into this life by exile, but we came as innocent creatures of God, to learn how to worship the holy and eternal spirit and seek the hidden secrets within ourselves from the beauty of life.”

In the short story, Sheik Abbas is the symbol of the political authority and Father Elias the Church. They are united to share power among them for, as Gibran writes “In Lebanon, that mountain rich in sunlight and poor in knowledge, the noble and the priest joined hands to exploit the farmer who ploughed the land…Since the beginning of the creation and up to our present time, certain clans, rich by inheritance, in cooperation with the clergy, had appointed themselves the administrators of the people. It is an old gaping wound in the heart of society that cannot be removed except by intense removal of ignorance.”

Of this State-Church alliance, he said “Through their wickedness we were divided amongst ourselves; and the better to keep their thrones and be at ease, they armed the Druze to fight the Arab, and stirred up the Shiite to attack the Sunni, and encouraged the Kurdish to butcher the Bedouin, and cheered the Mohammedan to dispute with the Christian. Until when shall a brother continue killing his own brother upon his mother’s bosom? Until when shall the Cross be kept apart from the Crescent before the eyes of God?”

Khalil ends his speech to the Sheik with a call for liberty. “Oh Liberty, hear us, and speak in behalf of but one individual for a great fire is started with a small spark. Oh Liberty, awake but one heart with the rustling of they wings, for from one cloud alone comes the lightning which illuminates the pits of the valleys and the tops of the mountains.”

By the time Kahlil Gibran died in 1931, he had lived most of his life in the USA in Boston and then New York, and wrote in English. The Prophet had been first published in 1923 and has always remained in print — read at countless weddings and funerals and translated into some 50 languages. By 1931, the Ottoman Empire had been broken, and its Middle East areas divided between France and England under the League of Nations Mandates system with Turkey becoming a separate State. The French who had the mandate for Syria broke off part of the coastal area that had a Christian minority and created the state of Lebanon. Gibran had been taken back into communion with the Maronites who did not want to leave the best-known Lebanese poet out in the cold. But Gibran was never a very orthodox Catholic. He was attracted to the person and sayings of Jesus but not to the organization. He had a knowledge of Arabic Sufi literature. He also knew Buddhist literature and appreciated it for the same reason: useful advice on how to live.