The Re-affirmation of Humanitarian International Law 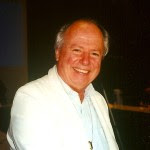 6 Jan 2017 – Current armed conflicts in Afghanistan, Yemen, Syria-Iraq-ISIS-Turkey, Libya, Somalia and elsewhere have led to repeated and conscious violations of humanitarian international law such as attacks on medical facilities and personnel, killing of prisoners-of-war, the taking and killing of hostages, the use of civilians as “human shields” and torture.

Such a conference would bring together into a coherent synthesis the four avenues of humanitarian international law: (2)

I would cite a precedent for this re-affirmation of humanitarian international law from personal experience. During the Nigeria-Biafra civil war, I was part of a working group created by the International Committee of the Red Cross to respond adequately to the challenges of this conflict which was the first African armed conflict that did not involve a colonial power.  The blocking of food flows to Biafra and thus starvation as a tool of war was stressed in our work. (5)

One conclusion of the working group was the need to re-affirm the Geneva Conventions and especially to have them more widely known in Africa by writing Africa-focused teaching manuals. Thus, as at the time I was professor and Director of Research of the Graduate Institute of Development Studies, Geneva, I collaborated with Professor Jiri Toman, Director of the Institut Henri Dunant on the  creation of such a manual to be used in Africa. Today, such culturally-sensitive manuals could be developed to explain humanitarian international law.

Such a re-affirmation conference would be welcomed by civil society organizations related to relief, refugees, human rights and conflict resolution. A certain number of these organizations have already called attention to violations and the need for international action.

René Wadlow, is president and a U.N. representative (Geneva) of the Association of World Citizens and editor of Transnational Perspectives. He is a member of the TRANSCEND Network for Peace, Development and Environment.