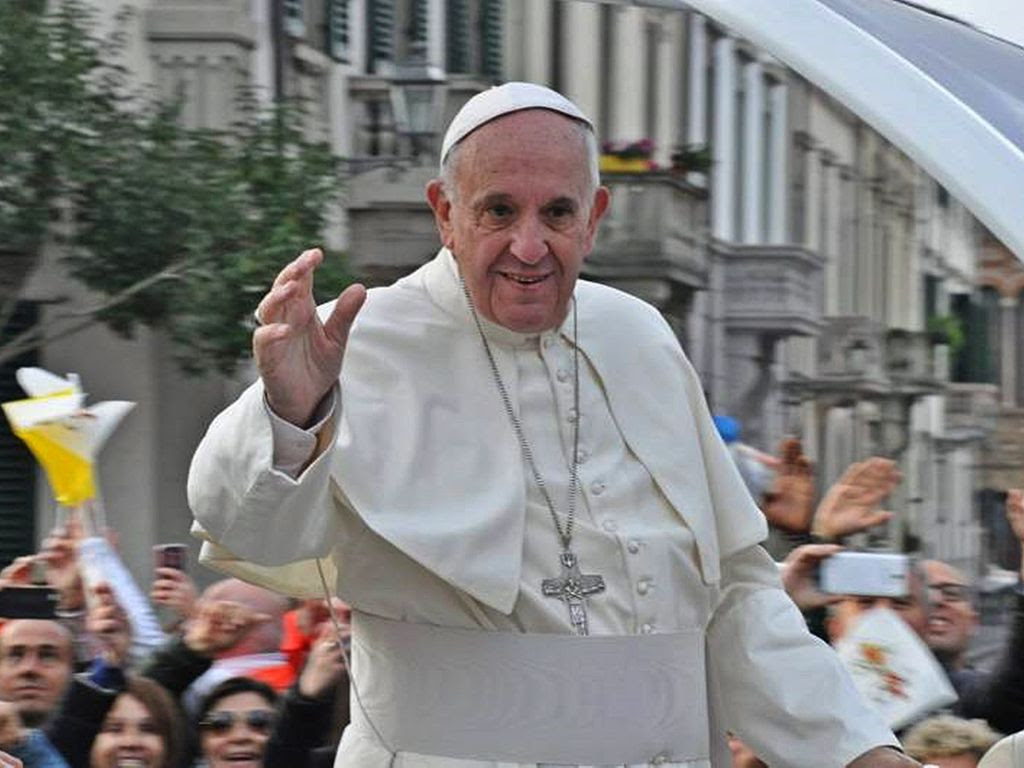 The Pope of your church in October 2020 wrote these words:

“We can no longer think of war as a solution, because its risks will probably always be greater than its supposed benefits. In view of this, it is very difficult nowadays to invoke the rational criteria elaborated in earlier centuries to speak of the possibility of a ‘just war’. Never again war!”242

At footnote 242, Pope Francis wrote: “Saint Augustine, who forged a concept of ‘just war’ that we no longer uphold in our own day, also said that ‘it is a higher glory still to stay war itself with a word, than to slay men with the sword, and to procure or maintain peace by peace, not by war’ (Epistola 229, 2: PL 33, 1020).”

Mr. President, as a disbeliever in both religion and authority, I would never encourage you to blindly obey the Pope. As a believer in actual democracy, I would encourage you to revive the Ludlow Amendment and give the U.S. public the power to prevent wars. As a believer in the rule of law, I would encourage you to read the U.N. Charter, the Kellogg Briand Pact, the murder statutes of numerous nations, and — should you wish — the Ten Commandments, and to respectfully question the sophistry of your newly confirmed Director of National Intelligence. (I would hope, at the very least, that you would drop your predecessor’s sanctions imposed on officials of the International Criminal Court.)

But I believe, for all the massive volumes of wildly contorting literature on whether and when Catholics should obey the Pope, virtually none of it says that people shouldn’t give the Pope’s words at least a modicum of consideration prior to dramatically opposing them. That is all I ask of you. Reportedly, you were wise enough to oppose the war on Libya, despite its misleading packaging as a humanitarian cause. What in that wisdom of yours does not apply to every other war, current or potential?

On Monday, people all over the world will be demanding an end to the war on Yemen. Monday will be your fifth full day in office. Your Secretary of State nominee has just testified in support of ending U.S. participation in the war on Yemen. The Congress has already voted to end it, and seen that vetoed by your predecessor. Humanitarian organizations around the world have long and universally viewed it as the worst immediate and unnecessary crisis in existence. Little children are dying every single day for no good reason whatsoever. Will you end it now? Will you end the participation of the U.S. military? Will you end the provision of information and weaponry to the combatants?

Pope Francis said this to a joint session of Congress six years ago: “Why are deadly weapons being sold to those who plan to inflict untold suffering on individuals and society? Sadly, the answer, as we all know, is simply for money: money that is drenched in blood, often innocent blood. In the face of this shameful and culpable silence, it is our duty to confront the problem and to stop the arms trade.” The joint session of the U.S. Congress gave this remark a standing ovation.

Will you end the wars on Afghanistan, Syria, Iraq, Somalia? Will you commit to not starting new ones?

The U.S. government is currently obsessed with a rivalry with China that is irrational and destructive when what the planet needs is cooperation. But China, as President Carter explained to President Trump, succeeds economically by not waging all these wars and dumping all this money into militarism. Using that success as justification for more belligerence makes no sense even on its own terms.

If you would like to consider the failure of Just War Theory in some detail, please read this book. I sent it with friends years ago to a meeting at the Vatican discussing this issue. The Pope and the Cardinals have been carefully considering the matter, under the influence of no weapons industry funding. I believe they have very clearly reached the only possible answer. A key part of the answer lies in the fact that the vast spending of resources on militarism has thus far caused more death and suffering than all of the wars, because of all the good it could have done instead.

I know that you are eager to bring together the “free” countries in opposition to the “unfree” countries. I respectfully urge you to bear in mind that the United States is far down on the list of free countries by every measure of freedom, that the United States arms, trains, and/or funds 96 percent of the unfree countries, that conversion to peaceful industries more than pays for itself and can easily cover the needs of every worker impacted, that Congresswoman Omar has a Stop Arming Human Rights Abusers Act that would be a very good start, and that the U.S. Public supports the aims of the new Congressional caucus formed by Congress Members Pocan and Lee to move military spending to human and environmental needs (a wiser source than debt, incidentally, to cover badly needed $1.9 trillion initiatives).

The United States has coated the world with bases that generate wars far more than they prevent them. We are now 60 years out from President Eisenhower’s warning of how military industrial thinking would corrupt every aspect of our society. He could not have been more right. But what we have gotten wrong, we can correct. This is a time of great changes. Your inaugural poet claims to live in a country not broken, but simply not finished. Let’s prove her right, shall we?