When Backing War Is the Only Sane Position, Leave the Asylum 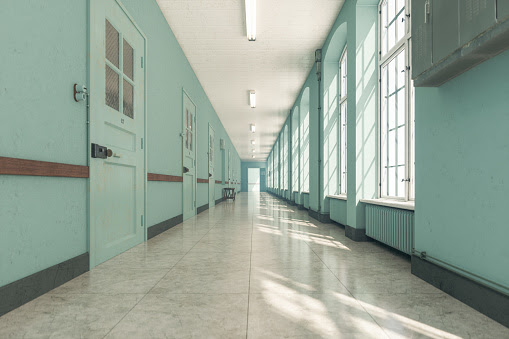 If you find yourself in a room, zoom, plaza, or planet in which only more war is considered a sane policy, check quickly for two things: which inmates are in charge, and are there any open windows handy. You may have to make the case for turning the place upside-down from within it, but you’ll have to figure out a way to get yourself considered sane first.

Logically, there are two basic things you can do with a war, continue it or end it. Typically you end it by negotiating an agreement. Russia has always claimed, honestly or not, that if Ukraine would meet certain clear specific conditions it would end the war.

Ukraine, meanwhile, has avoided stating clearly what it would take. Ukraine could announce its own demands to match Russia’s. It could include things like:

It could include anything. But Ukraine won’t do that. Ukraine is opposed to negotiating anything. I did a television show yesterday with a Ukrainian Member of Parliament who opposed any negotiations. He just wanted more weapons. He preferred a war that could destroy Ukraine — and even life on Earth — to any consideration of independence for any part of Donbas.

And not just Ukraine, but ordinary people across the Western world. The idea that Ukraine should negotiate anything at all is deemed insane. Why should it? You can’t negotiate with Satan. Russia must be defeated. One “progressive” radio host told me the only answer was killing Putin. “Peace” activists have told me that Russia is the aggressor and must not be given any demands or be negotiated with.

I may be a lone nut, but I’m not quite entirely alone. Over at the Quincy Institute, Anatol Lieven maintains that Ukraine should meet Russia’s demands and declare victory: “Russia has lost Ukraine. The West should recognize this Russian defeat, and give its full support to a peace settlement that will safeguard Ukraine’s real interests, sovereignty, and ability to develop as an independent democracy. Neutrality, and territories that Ukraine has already in practice lost for the past eight years, are minor issues by comparison.”

Even more so perhaps by comparison to risking nuclear apocalypse.

But to whom are they minor issues? Not to the government of Ukraine. Not to U.S. media outlets. Not to at least most U.S. Congress Members. Not to all the people who scream at me — and presumably at Anatol Lieven — how evil and cowardly it is to give away someone else’s territory from the safety of your home.

So, here’s the trick: how — from within this asylum in which trying to end the war is insane, but continuing the war, arming the war, escalating the war, name-calling, threatening, financially punishing is all normal — can one get oneself deemed sane enough to propose a few tweaks?

What if I were to simply start out by demanding that the U.S. government allow Zelensky to decide when to lift sanctions on Russia? I wouldn’t be immediately certifiable, right? Then, after swapping photos of Zelensky’s family for a while, we could gradually get around to the question of what Russia ought to pay up in addition to ending the war. There should of course be a list of demands for Russia including reparations and aid. So far, so good, right? Not loony yet?

We could then try tacking onto that victory strategy, as modeled by Lieven, the need to throw Russia some scraps, the need to be smarter than the drafters of the Treaty of Versailles. We could quote Woodrow Wilson, not to mention Henry Kissinger, George Kennan, and as many CIA directors as we could stomach.

Earlier today I went on Russian TV and did almost nothing but denounce Russian warmongering, but of course it’s hard to find the clip because of U.S. censorship efforts. I feel like some things have flipped upside down. Yet, grasping for a rock to hold onto, it still seems possible that you have to be for either ending a war or keeping it going, and that there must be some way to persuade a few people to favor ending a war before it ends us.

David Swanson is an author, activist, journalist, and radio host. He is executive director of WorldBeyondWar.org and campaign coordinator for RootsAction.org. Swanson's books include War Is A Lie. He blogs at DavidSwanson.org and WarIsACrime.org. He hosts Talk World Radio. He is a Nobel Peace Prize Nominee and U.S. Peace Prize Recipient.