“Since the hungry billion in the world community believe that we can all eat if we set our common house in order, they believe also that it is unjust that some men die because it is too much trouble to arrange for them to live.”
— Stringfellow Barr – Citizen of the World (1952)

2 Mar 2017 – The UN Food and Agriculture Organization (FAO) in a 22 February 2017 alert has indicated that the States of East Africa – Somalia, Kenya, Ethiopia, Uganda and South Sudan – face famine conditions and that some 20 million people are at grave risk.  The most in danger are the people in Somalia and South Sudan where armed violence has destroyed all government infrastructures and thus the possibility of government action.  All that remains for action in these two countries are UN staff and non-governmental organizations (NGOs). 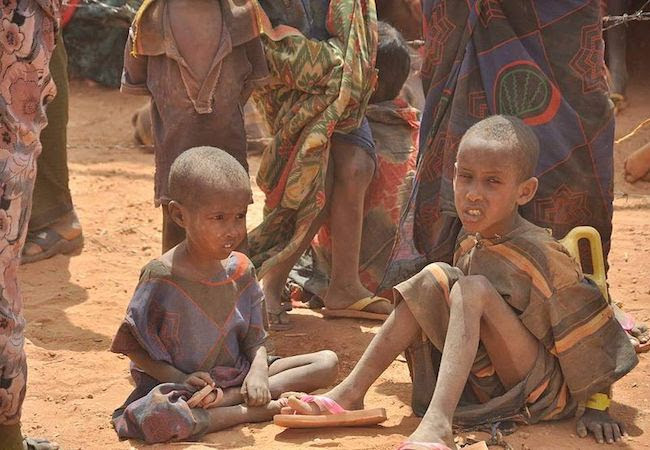 In the other East African countries, there are government services that can deliver food relief but cannot increase rapidly local food production, local post-harvest storage and the delivery of local products to local markets.

Moreover, the famine conditions in East Africa are closely related to similar food loss in the neighboring countries of the Sahel. As the armed conflicts in South Sudan and Somalia, northeast Nigeria, parts of Niger, northern Cameroon and the Lake Chad area are victims of the Boko Haram violence. Some of the Boko Haram groups in the Lake Chad area have degenerated into bandits with no structured ideology.

In addition to the civil unrest, there is also a strong negative impact of the climate.  For three years in a row, there has been a shortage of rain, and the drought weakens an already fragile soil.  Even with a return to the usual rainfall, the drought has accentuated soil loss, the lowering of the water table, and the drying up of small ponds where cattle are brought to drink.  People move in search for water, often creating tensions between local inhabitants and newcomers.

There may also be longer-range climate change impact – none of which would be positive for greater agricultural production.

The United Nations has asked government for greater contributions in money or surplus food.  However, the UN faces a political climate of “ aid fatigue” with constant requests to help with refugee flows, increased peace-keeping forces, and ecological protection.

There is a need for a world plan of action with focused attention given to the role that the UN and regional institutions must play if hunger is to be sharply reduced.  It is clear that certain regional bodies, such as the European Union, already play an important role in setting agricultural policy both in terms of production and export policy.  There may be a time when the African Union will also  play a crucial role in setting policy monitoring and coordinating agriculture.

Today, there is a need for cooperation among the UN family of agencies, national governments, non-governmental organizations and the millions of food producers to respond with both short-term measures to help people now suffering from lack of food and with longer-range structural issues.  The world requires a World Food Policy and a clear Plan of Action.

René Wadlow, a member of the Fellowship of Reconciliation and of its Task Force on the Middle East, is president and U.N. representative (Geneva) of the Association of World Citizens and editor of Transnational Perspectives. He is a member of theTRANSCEND Network for Peace, Development and Environment.