International Mother Earth Day on 22 April each year was established by the United Nations General Assembly in 2009.  Its aim is to promote living in harmony with Nature and to achieve a just balance among the economic, social and environmental needs of present and future generations.  The concept of living in harmony with Nature was seen by the U.N. delegates as a way "to improve the ethical basis of the relationship between humankind and our planet." 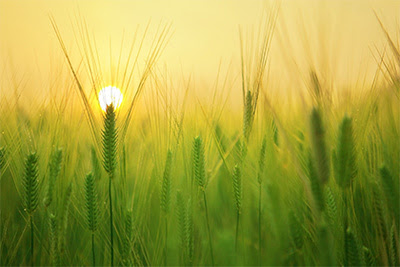 The term "Mother Earth" is an expression used in different cultures to symbolize the inseparable bonds between humans and Nature.   Pachamama is the term used in the Andean cultures of South America.  The Earth and the ecosystem is our home.  We need to care for it as a mother is supposed to care for her children and the children to show love and gratitude in return.  However, we know from all the folk tales of the evil stepmother as well as the records of psychoanalytic sessions that mother-children relations are not always relations of love, care and gratitude.  Thus to really live in harmony with Nature requires deep shifts in values and attitudes, not just "sustainable development" projects.

The United Nations began its focus on ecological issues with the preparations for the 1972 Conference in Stockholm and has continued with the 1992 Rio Declaration followed by the Rio plus 20 conference 20 years later.  However the concept of living in harmony with Nature is relatively new as a U.N. political concept. Yet it is likely to be increasingly a theme for both governmental policy making and individual action.

As Rodney Collin wrote in a letter "It is extraordinary how the key-word of harmony occurs everywhere now, comes intuitively to everyone's lips when they wish to express  what they hope for.  But I feel that we have hardly yet begun to study its real meaning. Harmony is not an emotion, an effect.  It is a whole elaborate science, which for some reason has only been fully developed in the realm of sound.  Science, psychology and even religion are barely touching it as yet."  (1)

Resolutions in the U.N. General Assembly can give a sense of direction.  They indicate that certain ideas and concepts are ready to be discussed at the level of governments.  However, a resolution is not yet a program of action or even a detailed framework for discussion.  "Living in harmony with Nature" is at that stage on the world agenda.  Since the start of the yearly observation of Mother Earth Day in 2010, there have been useful projects proposed around a yearly theme.  The 2018 theme is to reduce pollution from plastics.  The exponential growth of plastics is now a real threat by injuring marine life, littering beaches and landfills and clogging waste systems.  There is a need to reduce the single use of plastic objects by reusing and recycling plastic  objects.

However reducing pollution from plastic objects, while useful, is not yet living in harmony with Nature.  There is still efforts to be made to spell out the ethical base and the necessary shifts in attitudes and actions.

1) His letters have been assembled after his death by his wife into a book:
Rodney Collin. The Theory of Conscious Harmony  (Boulder, CO: Shambhala, 1958)