There is a common denominator among successful human development projects, be they in the field of education, health, economic growth, cultural preservation or the environment, namely that the project beneficiaries themselves participated in their design, management and overall control.

After decades - centuries even - of development interventions and the implementation of strategies to promote human services, the mountain of evidence accumulated worldwide clearly points to popular participation as the primary determinant of successful sustainable development.

The definition of sustainability itself has evolved since its original conception in the late 1980s.  Rather than merely emphasizing untenable levels of consumption of natural resources, it has expanded to include a multiplicity of factors - economic, political, cultural, technical, financial, historic, climatic, and more - that bear on the longevity of development projects.

Participatory methodology is an inclusive approach, not only by virtue of its facilitation with local communities so that they may identify and determine projects and create action plans for their implementation, but also since it enables the consideration of the wide range of factors mentioned above.

Key strategies employed enable the broad-based catalyzing of community meetings in rural and urban settings.  Fundamentally, it should be recognized  that facilitators of community dialogue are essential in order to ensure that (a) local meetings are widely attended (b) all voices have the opportunity to be expressed and heard and (c) the community data thus generated is organized and made available to local people so that they may make the most informed decisions possible. Without facilitators, the vital community meetings and in situ prioritization and implementation of projects will be virtually impossible.

Given that sustainability requires participation and participation requires facilitation, the following recommendations seek to create bottom-up, grassroots participatory development movements, driven by community-owned projects and diverse partnerships.
1. Facilitators of participatory community planning may be literally anyone who has the opportunity to interact with community members and who is accepted in turn in that intermediary or third party role.
Facilitators may be - among others - schoolteachers, civil society organizers, local government technicians, locally elected representatives, dedicated women and youth, cooperative members, private sector workers, village leaders or volunteers from the Peace Corps or other organizations.

The effectiveness of facilitators is enhanced greatly when they participate in capacity building workshops involving experiential learning in community settings.
2. Community-driven development that is intended to be launched and supported across municipalities, provinces and regions will thrive to the utmost in a context of decentralization.
Morocco should be lauded for its exceptional decentralization initiative.Nevertheless, the long-term challenges remaining to its becoming a fluid, fully functioning system within the Kingdom should be borne in mind.
3. Power ought to be transferred as close to the people as possible – in Morocco this is the municipal level.  The Kingdom also created a fine example in the form of its 2010 amendment of the national municipal charter, with its requirement for locally elected representatives of the people to create municipal development plans based on direct popular participation. (The activities and aims of these representatives should be focused towards genuine popular needs, as expressed in community meetings, rather than biased in favor of narrow interest groups).
Even as this legal requirement is highly progressive, unfortunately it has not been accompanied by the necessary training in order for local representatives to fulfill this important obligation. Therefore, innumerable municipal development plans have been created without awareness of intended beneficiaries or consideration of local particularities.

Without essential experiential training in the application of participatory methodology at government level therefore, both effective decentralization and the creation of workable municipal development plans will remain elusive.

It would be helpful to see that the implementation of community projects resulting from a participatory process not only advances the goals of the Post-2015 Agenda but also helps construct a decentralized system of decision-making and management.

Local communities come together to assess their needs and follow through on projects that achieve the results that are most important to them, doing so by way of diverse partnerships.  In the process, they also create productive relationships and channels of communication that can and should be revisited continuously in order to advance development. These subnational pathways producing measurable benefits for local people thus constitute the decentralized system itself.  Furthermore, requiring the municipal level closest to the people to create participatory plans helps form the dynamic structure and processes of decentralization.

In sum, for the Post-2015 Agenda to achieve its full potential in terms of human development and social change, it must unleash the power of the millions of villages and urban neighborhoods in our world, requiring the granting of authority to them. It necessitates the applied learning of facilitators so that they may convene community meetings and most of all it requires the funding and fulfillment of the countless plans of action that local people construct to improve their lives.

Decentralize.  Train in participatory methodology.  Finance community-determined projects.  Know that time is of the essence! 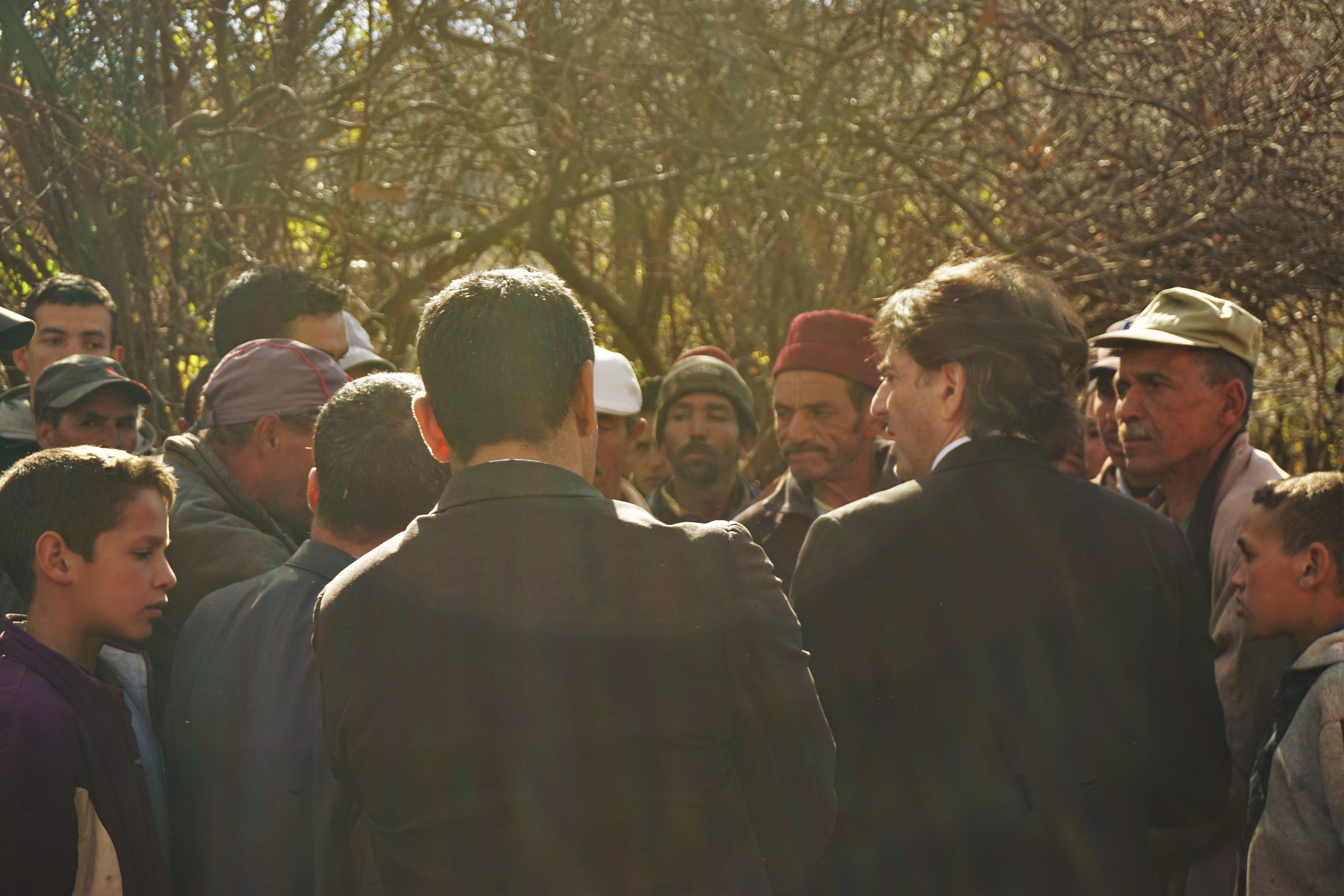 Dr. Yossef Ben-Meir is a sociologist and president of the High Atlas Foundation, a U.S.-Moroccan international development organization.