The holding of the Winter Olympics in South Korea from February 9 to 25, followed by the Paralympics on March 9-18, may be an opportunity to undertake negotiations in good faith to reduce tensions on the Korean Peninsula and to establish, or re-establish, forms of cooperation between the two Korean governments.

Such negotiations in good faith would be in the spirit of what is known as the “Olympics Truce”. Truce in classic Greek meant a “laying down of arms”. A truce was usually announced before and during the Olympic Games to ensure that the host city was not attacked and athletes and spectators could travel safely to the Games and return to their homes.

In 1924, Winter Olympics were added to the Summer Olympics which had been revived earlier in an effort to re-establish the spirit of the Classic Greek games. At the 2000 Sydney games at the opening ceremony, South and North Korean delegations walked for the first time together under the same flag. Today, with greater tensions, there needs to be more than symbolic gestures. There needs to be real government-led negotiations to reduce tensions. In addition to the two Korean States, the USA, China, Russia, and Japan are “actors” in the Korean “drama”.

There have been over the years since the 1953 armistice periodic increases of tensions related to the policies of the Democratic People’s Republic of Korea (North Korea) and the Republic of Korea (South Korea). Currently, the nuclear program and missile launches of North Korea, the establishment of sophisticated anti-missile systems in South Korea, increased sanctions against North Korea voted by the United Nations (UN) Security Council as well as a new administration in Washington has led to an escalation of tensions. While tensions in the past have been managed by diplomatic discussions or changes in policy, there are always dangers that conflict management may fail due to miscalculations, misinterpretations of military moves, misinterpretations of aims and strategies. The misinterpretations and the failures of conflict management were important factors in the start of the Korean War in 1950 as well as the intervention of Chinese “volunteer” troops. (1)

Today, we are at a time when crisis triggers are ready. Crisis triggers are actions which occur prior to the onset of overt physical hostility between adversary States. Fortunately, not all triggers are pulled. Yet we must ask ourselves if the current tensions could slip out of the control of conflict management techniques. 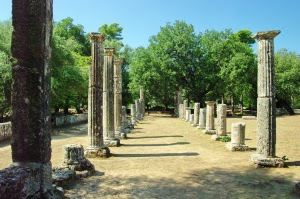 The palaestra, where athletes would train for the Olympic Games in Ancient Greece

Today, the tensions around the two Korean States, the USA, China, Russia and Japan are somewhat like the pre-1975 Helsinki period when tensions between NATO and the Warsaw Treaty Powers periodically rose, fell, and rose again. Certain rules of the game had been set but were not formalized in treaties. Tensions, but also conflict management were largely US-USSR affairs. Other countries in Europe were on the sidelines. Neutrals such as Finland, Sweden and Switzerland were largely ignored. 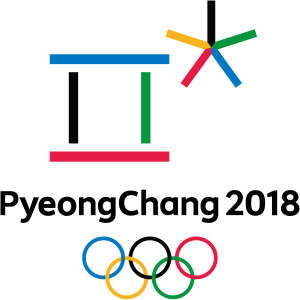 During the prelude to the 1975 Helsinki Conference, there were useful unofficial contacts among non-governmental organizations and academics – what is now called Track II processes. These contacts and exchanges of publications helped pave the way for later governmental negotiations.  As with the 1975 Helsinki Conference, Track II leadership may be an important factor in highlighting shared stability concerns and a strengthening of the rules of the game. (2)

As the representatives of nongovernmental organizations (NGOs) we have very limited influence on the decision-making process concerning Korea of the six governments most directly involved. The Association of World Citizens (AWC), as other NGOs, has made appeals for positive action to these governments as well as to the UN Secretary-General. Many of the positive suggestions have concerned what is often called a “freeze for freeze” agreement: a suspension of the yearly United States (U. S.)-South Korean war exercise and a progressive reduction of U. S. troops stationed in South Korea and elsewhere in Asia, especially Japan in exchange for a ban on North Korean nuclear and missile testing and negotiations to replace the 1953 Armistice with a Peace Treaty. 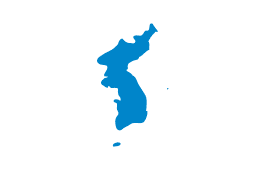 The AWC has also made proposals for economic cooperation, more numerous meetings among separated family members and cultural exchanges. However, as the saying goes “Do not hold your breath waiting”. For the moment, we look in vain for enlightened governmental leadership. The appeals for calm by the Chinese authorities have not been followed by specific proposals for actions to decrease tensions.

Today, there is a need for a coming together of non-governmental organizations who are primarily focused on the resolution of armed conflicts with those groups concerned with the abolition of nuclear weapons. The current Korean tensions are based on the development of nuclear weapons and missile systems and the pressures and threats to prevent their development. The Olympic Truce period should be taken as an opportunity to advance “Track II” efforts on the part of NGOs to see on what topics fruitful governmental negotiations could be set out.