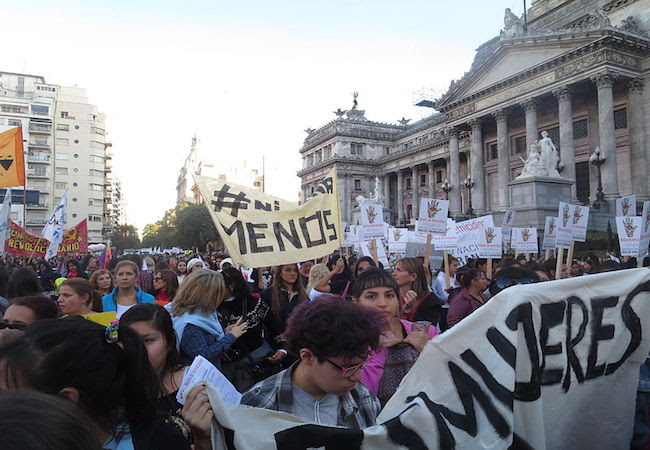 How many victims of silence there are, and at what cost! Silence has its laws and its demands… Silence demands that its enemies disappear suddenly and without a trace.  Silence prefers that no voice of complaint or protest or indignation disturb its calm. And when such a voice is heard, silence strikes with all its might to restore the status quo ante – the state of silence. Ryszard Kapuscmski in The Soccer War

25 November is the UN-proclaimed International Day for the Elimination of Violence Against Women. Violence against women is a year-round occurrence and continues to an alarming degree.  Violence against women is an attack upon their bodily integrity and their dignity.  We need to place an emphasis on the universality of violence against women, the multiplicity of its forms and the ways in which violence, discrimination against women, and the broader system of domination based on subordination and inequality are inter-related.  The value of a special ‘Day’ is that it serves as a time of analysis of the issue and then of rededication to take both short-term and longer-range measures.

Pierre Spitz, a former Geneva colleague, had coined the term “silent violence” for policies which not only perpetuate the existing system but in some cases reinforce it by forestalling the development of a political consciousness which might degenerate into social disorder. [1] In this spirit, we can speak of “silent violence” against women.  Both at the international UN level and at the national level, there have been programmes devoted to the equality of women and to the promotion of women in all fields for some time. However, only recently has there been  growing attention to physical violence against women and to the trafficking of women. When the issue of violence against women has been raised by NGO represeentatives in the UN human rights bodies, the government representatives replied that violence against women exists but is very rare in their country and that “domestic violence within the family” is a subject they cannot deal with unless action is taken by the police. Thus, there has been just enough attention given  to  violence against women to prevent “the development of a political consciousness which might degenerate into social disorder.”

Yet as Susan George, another former Geneva colleague, has written “That all governments are concerned for, and are representative of, the majority of their people is patent nonsense.  Plenty of governments are most concerned with enriching those who keep them in power.  Human rights, including the right to food, run a poor second.” [2].

At the national levcl in many countries, women have largely remained invisible and inaudible by being allowed to have the key role in the “informal sector” — those sectors of the economy that are the least organized, often left out of the statistics of the formal economy as if it did not count. Women have turned to the informal sector — or have been pushed into it — as a way of sustaining a livelihood for their families.  Women’s work in this sector accounts for a large proportion of total female employment in most developing countries of Africa, Latin America and Asia.  The informal sector, though often considered marginal in economic planning, tends to account for a significant proportion of total employment.

In this informal sector, women work as food producers, traders, home-based workers, domestic workers, recyclers of waste, prostitutes, and increasingly engage in drug trafficking — anything to earn an income to feed their children. The informal sector is their last hope for economic and social survival for themselves and their families.

In the informal society, women survive and often have a major responsibility for the economy of the whole family.  Fathers are often absent by need or by choice.  Some women do well in the informal sector and serve as a model — or a hope — as to what others can accomplish.  Self-employed women are increasingly helped by micro-credit programs. These are useful but rarely do such loans allow a person to move outside the informal economy. There has been a good deal of research on women’s role in agriculture, on women’s informal-sector employment, and increasingly on women’s entrepreneurship.  Researchers in different world regions have pointed to the handicaps faced by women to obtain credit and in getting access to new agricultural technologies.  However, research has rarely been brought into the mainstream of global or national decision-making.

Inequality and the walls built around the informal sector are the marks of the “silent violence” against women.  Amartya Sen defined the major challenge of human development as “broadening the limited lives into which the majority of human beings are willy-nilly imprisoned by the forces of circumstance.”  On 25 November, this day for the elimination of violence against women, we need to look closely at the social, cultural and economic walls that imprison.